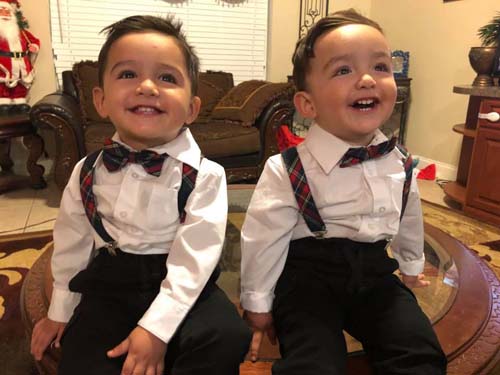 Eduarda and Jose both came to the U.S. from Mexico when they were young. Although Eduarda’s parents stressed education, she rebelled in high school and entered into a bad marriage.

Later divorced, Eduarda returned to school, finishing college to become a high school teacher. Although finding Jose was a blessing, the two were not successful in conceiving a child despite several unsuccessful IUI’s with left them heartbroken and without funds to continue.

“I feel devastated and sometimes hopeless…I just know that this is my dream, my wish, my desire, and I will not give up on it,” wrote Eduarda in her grant application.

Eduarda and Jose became parents of Eziel and Jasiel on April 28, 2016.