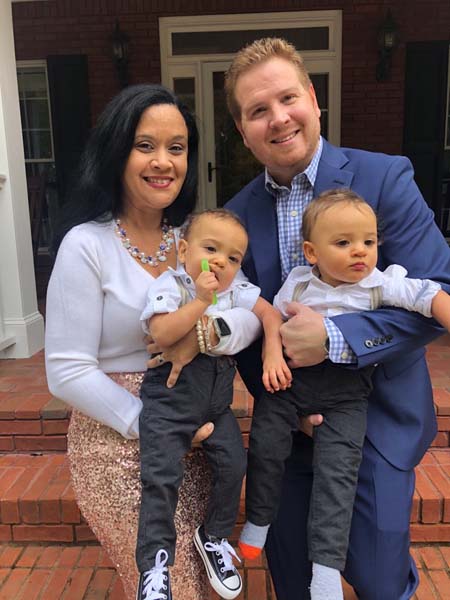 As Mabel wrote in the couple’s grant application, “I have wanted to be a mother as far back as I can remember. Little did I know that this would be harder than I imagined.”

At 35, Mabel was told she suffered from Premature Ovarian Failure, making it nearly impossible for her to conceive naturally. Despite the condition, she and David got pregnant shortly after only to suffer a miscarriage at 12 weeks.

Two years later after dealing with the loss, the couple wanted to proceed with ivf using an egg donor, a procedure even more costly than a “regular” ivf. They hoped that by using a donor egg, they would increase their chance of having a child.

Mabel became pregnant with twins, but at 21 weeks she began to have premature contractions and was hospitalized.

After a harrowing beginning, both boys are thriving.