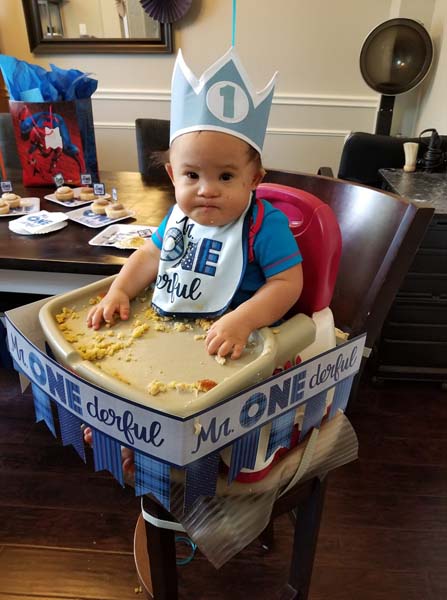 De and Nikki were married in 2009 following three years of dating. After consulting with a fertility specialist in 2012, they concluded that, since the tests showed no problems, they simply needed more time.

That plan was derailed in 2015 when De was diagnosed with Stage 4 Hodgkin’s Lymphoma. The next six months were focused on De’s recovery until he was declared “all clear.”

Back on track to start a family, Nikki and De knew their chances of natural conception were “immeasurably slim.” As Nikki wrote in the couple’s Baby Quest application, “We’re applying for a grant, as your organization offers possibilities full of hope to those of us whose stories fall far from being a fairy tale.”

The couple has lots to be grateful for with De’s improved health and a baby boy named Parker born on July 24, 2017.