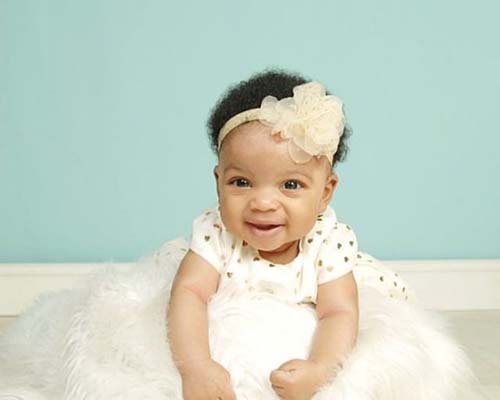 Ishaq and Porsha met in 2014 and were married in 2016. Porsha had been diagnosed with endometriosis in her late teens and PCOS in 2015.

After experiencing two miscarriages, they were referred to a fertility specialist. Many tests, blood draws and operations later, they were diagnosed with unexplained infertility. Ishaq and Porsha tried to conceive naturally for one year with no success.

After her third laparoscopy, Porsha was told she had stage 4 endometriosis. The likelihood of conceiving on their own was slim to none, making IVF their only option.

The couple began their IVF journey in June of 2017 which was, painfully, unsuccessful. God has blessed them to be able to receive a grant from Baby Quest. They are grateful to be able to take the next step which, prayerfully, will result in a baby!

Porsha and Ishaq became parents of Atiyah Renee on November 10, 2018.